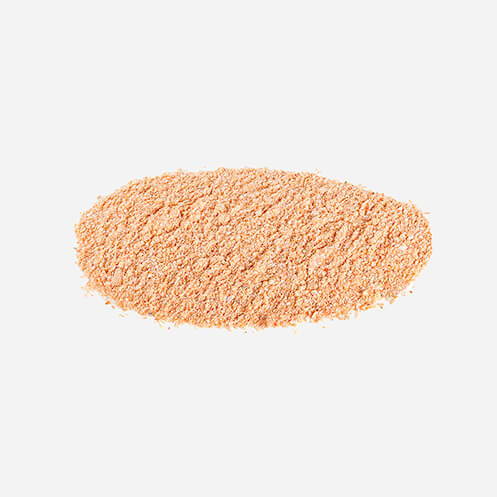 Why We Love Lutein

Lutein is one of approximately 600 carotenoids, and these substances are only produced within plants. Carotenoids make their way into animals when their plant hosts are consumed, which is one of the traditional ways that lutein has entered the human diet. While the most-publicised benefits of lutein have to do with this substance’s reported benefits for eye health, it appears that lutein has a variety of other benefits as well.

More research needs to be done into lutein to fully understand its benefits, but here at WeAreFeel, we found the evidence impressive enough to warrant including lutein in our Feel Multivitamin™. The main reason we include lutein in your daily supplement capsule is to support the health of your eyes, via it’s potent antioxidant action.

Here’s an overview of the scientific research that has been conducted to get to the bottom of the effects lutein appears to exert in the body:

Lutein’s effects in the eyes are the most-studied properties of this nutrient. At the same time, however, researchers have also explored the idea that lutein might provide benefits throughout the body.

When you ingest lutein, it absorbs into your blood, and it is then transported to your retinas. Specifically lutein is absorbed by the macula lutea which is a pigmented region near the centre of the retina. However scientists have not yet determined exactly how the macula lutea benefits from this absorption process.

A scientific review of the available evidence looked at the effects of lutein on a variety of ocular conditions, and this research especially centred on the benefits this natural substance might offer for macular degeneration (AMD). In the end, the researchers concluded that “several epidemiological studies that link lutein supplementation with decreased risk of AMD.”

The concluding remarks of the review go on to say that supplementation with lutein “has also been positively linked to increased macular pigment density and improved multifocal electroretinogram responses.” Of the utmost importance, however, is lutein’s reported nullification of the harmful effects of blue light.

Over the last few years, a lot of progress has been made in the arena of blue light research and how this type of light can harm the eyes and contribute to ocular diseases. If you don’t already, enable night shift on your electronic devices, and keep in mind that you can get warm-light LED bulbs that don’t emit very much blue light.

With enough lutein, however, blue light won’t be as harmful to your eyes regardless of which preventive measures you take. According to the scientific review referenced above, lutein “has a significant role in protecting against AMD, most likely through its absorption of the harmful blue light, as well as its inherent antioxidant properties.”

Lutein appears to absorb blue light, which protects your overall eye health. Take a capsule of Feel Multivitamin™ every day, and stop worrying so much about your occasional late-night Netflix binges.

Zeaxanthin is another carotenoid that’s essential to eye health, and it’s practically indistinguishable from lutein. These two substances are interconvertible in the body; lutein can be changed into zeaxanthin, and visa versa. Therefore, any potential zeaxanthin deficiency can also be solved by supplementing with lutein; it isn’t necessary to also supplement with zeaxanthin.

A fascinating 2013 study sought to establish the relationship between a few different substances and cognitive health in elderly people. Out of the participants in the study, 78 were octogenarians, and 220 were centenarians, and the researchers found that “lutein, zeaxanthin, and β-carotene concentrations were most consistently related to better cognition (P < 0.05) in the whole population and in the centenarians.” The authors of the study went on to report that “lutein and β-carotene were related to cognition with lutein being consistently associated with a range of measures.”

Interleukin-6 (IL-6) is one of the most prevalent pro-inflammatory compounds in the body, and the more lutein you have in the body, the lower your system-wide IL-6 concentration becomes, one study says. Therefore, lutein appears to be an anti-inflammatory substance that deserves further research for this application.