We are reinventing multivitamins for the modern world. 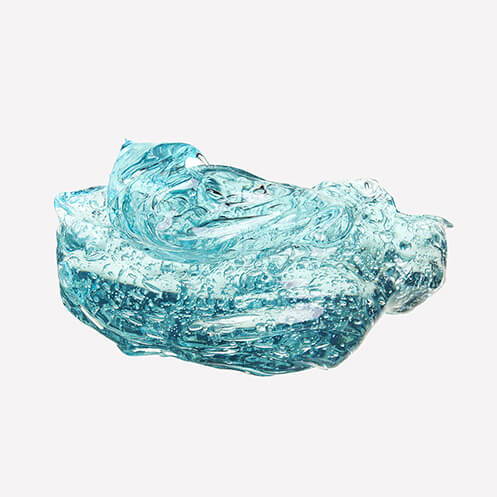 *As Naturally Fermented - 30mg in Feel Multivitamin™
Back to ingredients

Why We Love Coenzyme Q10

Also known as ubiquinone, Coenzyme Q10 is so named because of its ubiquity among animals and humans. Some bacteria even contain ubiquinone, so it’s no stretch to say that this nutrient is one of the basic building blocks of life.

Over the last few decades, CoQ10 has been researched more and more, and the preliminary results are so promising that we decided to include this “origin” nutrient in our new Feel Multivitamin™. This substance doesn’t appear to have any significant side effects, and its reported benefits are impressive.

The potential benefits of CoQ10 supplementation are stunning

Upon a thorough overview, the potential benefits of CoQ10 supplementation are stunning:

Essential for Cellular Production and Functioning

A 2011 study into CoQ10 makes a bold assertion: Ubiquinone is “the” essential nutrient, which means that it’s more important to include in your diet than any other vitamin, mineral, or micronutrient. While this might seem like an outlandish, uncorroborated claim, this scientific review of the evidence lays out a compelling case for CoQ10 as the “stem cell” of cellular production in the body. Here’s how it works:

Since CoQ10 is also one of the most potent antioxidants, it protects cellular functioning in another way. Free radicals eat away at the molecules inside of cells, and CoQ10 restores the balance at the same time that it transfers the electrons that are necessary for ATP synthesis.

This review of the evidence found that CoQ10 deficiency decreases overall cellular efficiency. CoQ10 is a rare example of a potent antioxidant that is found both exogenously (outside the body) and endogenously (inside the body), and this classification is usually an indicator that a substance is especially essential to human life.

At least one scientific study has found that CoQ10 has the power to prevent ageing and disease. No, CoQ10 isn’t a modern-day reincarnation of the legendary philosopher’s stone, so it won’t make you immortal. What it will do, however, is prevent telomere degeneration and reduce oxidative stress to improve cellular metabolism, promote homeostasis, and fend off the ageing process.

Ageing, which culminates in senescence, is essentially the result of a gradually increasing inability of the cells in your body to replicate. This is partially due to the degeneration of the telomeres in your DNA, which are the “caps” on DNA molecules that break off whenever cells replicate. The longer you can hold onto your telomeres, the longer you’ll live, and antioxidants prevent the oxidative stress that leads to cell death and ageing.

A landmark 1994 study is often cited by proponents of the heart health benefits of CoQ10. This study found that “of 424 patients, 58 per cent improved by one NYHA class, 28% by two classes and 1.2% by three classes.” While these results haven’t been effectively replicated, they bring hope to people who want to believe that CoQ10 can help them with their heart conditions. Even if your heart is healthy, taking CoQ10 in a daily Feel Multivitamin™ can help keep it that way.

Athletes are always looking for ways to improve their performance, and the CoQ10 in Feel Multivitamin™ might be the answer. Whether you work out every day or you like to go for nature walks on the weekends, taking CoQ10 might increase the time it takes for you to get tired, one study says.

According to this Baylor University study, a “trend for increased time to exhaustion was observed following 2 weeks of CoQ10 supplementation,” which means that taking CoQ10 consistently over the course of multiple weeks appears to increase the amount of time it takes for you to feel exhaustion when you are exercising. It’s likely that this increased exhaustion threshold is due to the cellular protective effects of CoQ10, but the authors of this clinical study didn’t get into the chemistry behind the phenomena they observed.